From Wikipedia, the free encyclopedia

The bee-eaters are a group of near passerine birds in the family Meropidae, containing three genera and twenty-seven species (of which I have photographed 18 so far). Most species are found in Africa and Asia, with a few in southern Europe, Australia, and New Guinea. They are characterised by richly coloured plumage, slender bodies, and usually elongated central tail feathers. All have long down-turned bills and medium to long wings, which may be pointed or round. Male and female plumages are usually similar.
As their name suggests, bee-eaters predominantly eat flying insects, especially bees and wasps, which are caught in the air by flights from an open perch. The stinger is removed by repeatedly hitting and rubbing the insect on a hard surface. During this process, pressure is applied to the insect, thereby extracting most of the venom.
Most bee-eaters are gregarious. They form colonies, nesting in burrows tunnelled into vertical sandy banks, often at the side of a river or in flat ground. As they mostly live in colonies, large numbers of nest holes may be seen together. The eggs are white, with typically five to the clutch. Most species are monogamous, and both parents care for the young, sometimes with assistance from related birds in the colony.
Bee-eaters may be killed by raptors; their nests are raided by rodents and snakes, and they can carry various parasites. Some species are adversely affected by human activity or habitat loss, but none meet the International Union for Conservation of Nature's vulnerability criteria, and all are therefore evaluated as "least concern". Their conspicuous appearance means that they have been mentioned by ancient writers and incorporated into mythology. 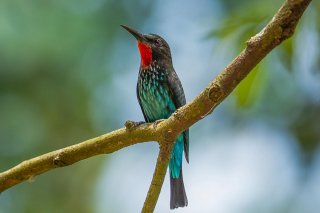 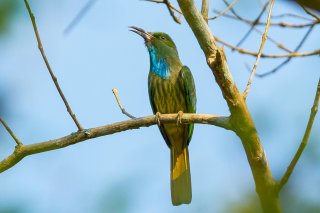 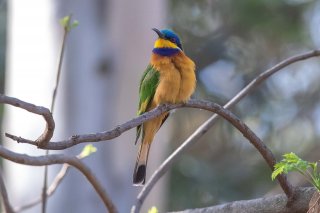 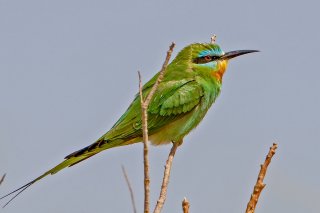 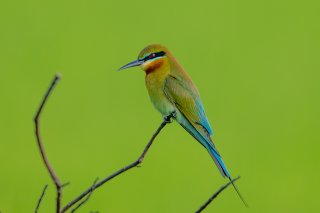 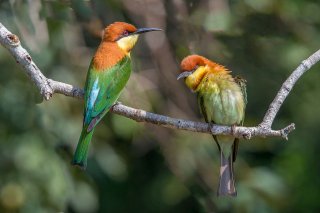 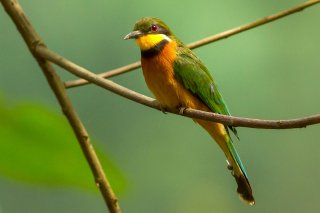 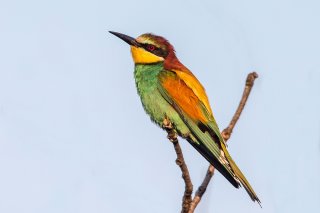 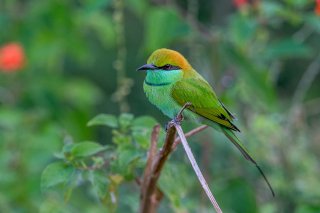 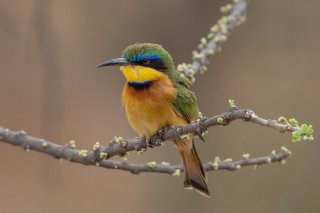 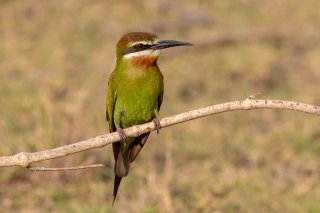 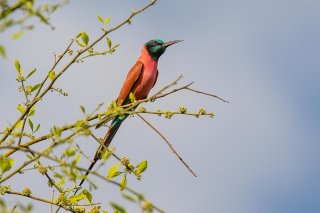 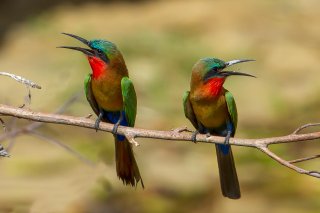 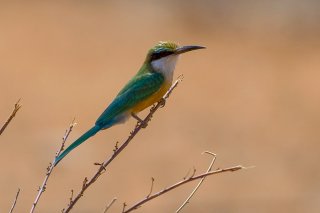 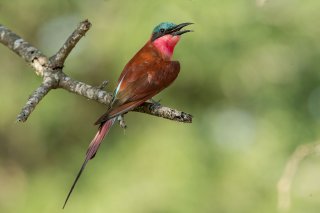 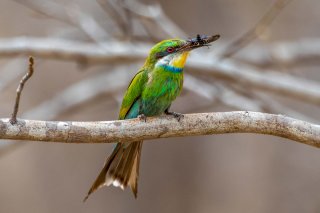 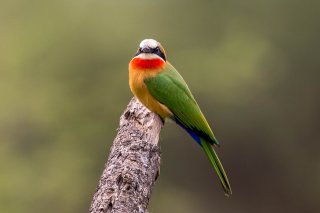 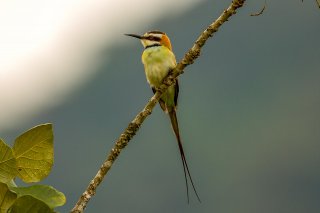