Toucans are members of the Neotropical near passerine bird family Ramphastidae. The Ramphastidae are most closely related to the American barbets. They are brightly marked and have large, often-colorful bills. The family includes five genera and over forty different species.

Toucans are arboreal and typically lay 2–21 white eggs in their nests. They make their nests in tree hollows and holes excavated by other animals such as woodpeckers—the toucan bill has very limited use as an excavation tool. When the eggs hatch, the young emerge completely naked, without any down. Toucans are resident breeders and do not migrate. Toucans are usually found in pairs or small flocks. They sometimes fence with their bills and wrestle, which scientists hypothesize they do to establish dominance hierarchies.

Green toucanets are near-passerine birds from the genus Aulacorhynchus in the toucan family. They are native to Mexico, and Central and South America. All are found in humid forests and woodlands in highlands, but a few also occur in adjacent lowlands. They are relatively small toucans, 30–44 centimeters long, with colorful, mainly green, plumage. They are typically seen in pairs or small groups, and sometimes follow mixed species flocks. Photographed 2 of 11 species 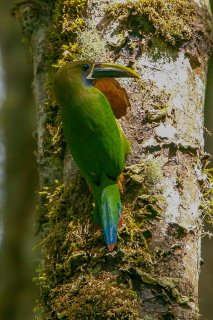 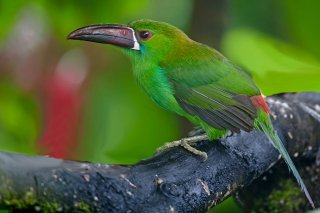 An aracari or araçari is any of the medium-sized toucans that, together with the saffron toucanet, make up the genus Pteroglossus. They are brightly plumaged and have enormous, contrastingly patterned bills. These birds are residents in forests and woodlands in the Neotropics. Photographed 8 of 14 species 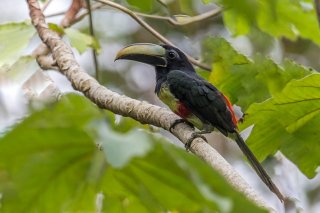 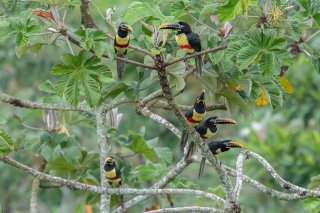 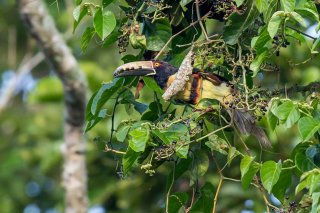 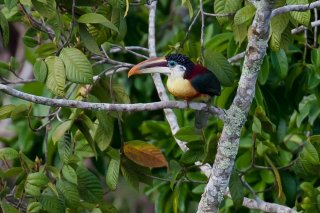 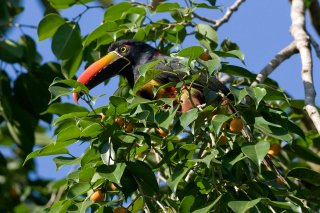 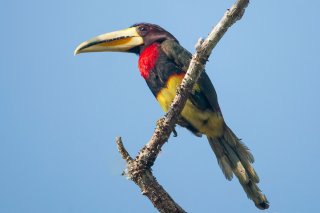 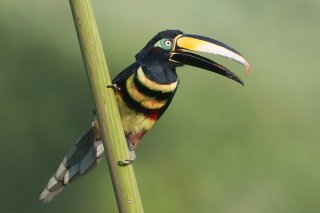 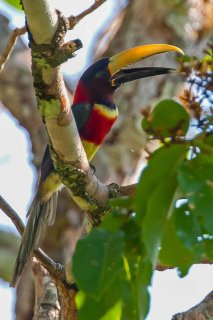 Selenidera is a bird genus containing six species of dichromatic toucanets in the toucan family Ramphastidae. They are found in lowland rainforest (below 1,500 meters) in tropical South America with one species in Central America. Photographed 1 of 6 species 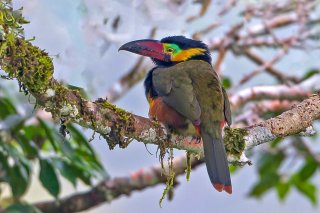 Andigena, the mountain toucans, is a genus of birds in the family Ramphastidae. They are found in humid highland forests in the Andes of South America, ranging from Bolivia to Venezuela. These medium-sized toucans all have olive-brown upperparts, a black crown, yellow rump, blue-grey underparts and a red vent. Photographed 1 of 4 species 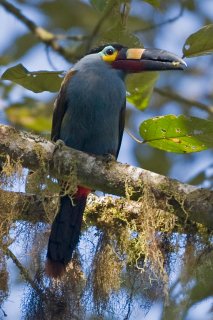 Ramphastos is a genus of toucans, tropical and subtropical near passerine birds from Mexico, and Central and South America, which are brightly marked and have enormous, often colourful, bills. Photographed 8 of 8 Species 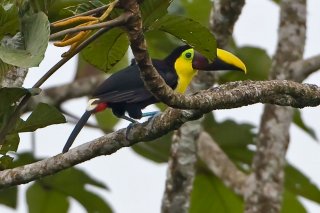 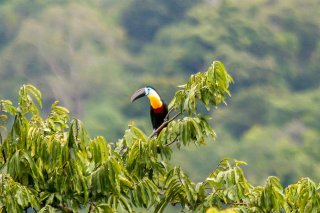 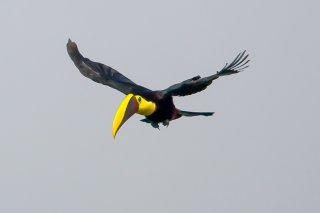 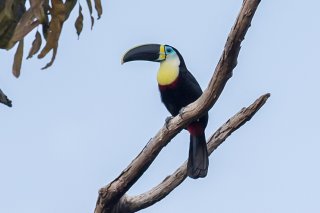 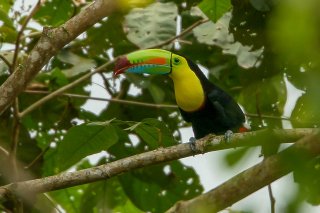 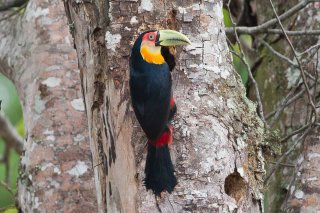 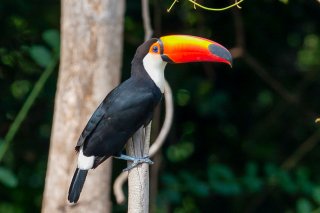 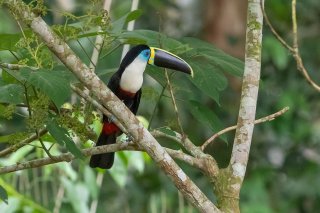