The rollers are an Old World bird family, Coraciidae. The group gets its name from the aerial acrobatics some of these birds perform during courtship or territorial flights. Rollers resemble crows in size and build, and share the colorful appearance of kingfishers and bee-eaters, blues and pinkish or cinnamon browns predominating. The two inner front toes are connected, but not the outer one.

They are mainly insect eaters, with Eurystomus species taking their prey on the wing, and those of the genus Coracias diving from a perch to catch food items from on the ground, like giant shrikes.

I have split the birds photographed in its Genus where it belongs if there are at least 2 photographs.

There are 13 different species in this group of which I have photographed so far 9 different ones.

Genus Coracias. Coracias is a genus of the rollers, an Old World family of near passerine birds related to the kingfishers and bee-eaters. They share the colorful appearance of those groups, blues and browns predominating. The two outer front toes are connected, but not the inner one. The genus contains 9 species 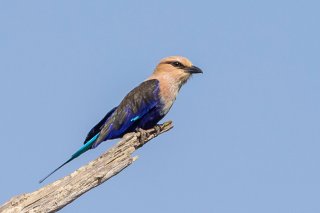 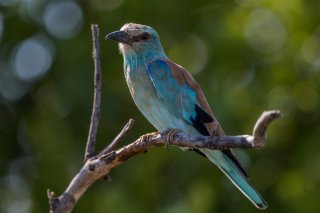 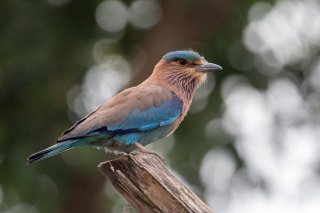 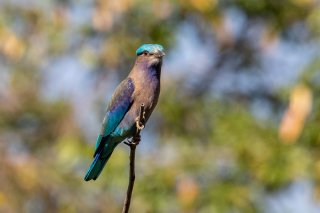 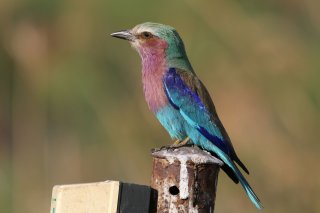 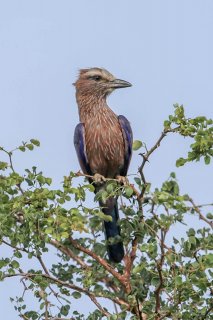 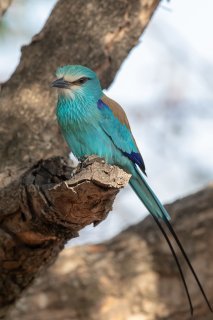 Genus Eurystomus.  Eurystomus contains four broad-billed species, which breed in Africa, Asia and Australasia. Two species are restricted to Africa, one of which, the broad-billed roller, is migratory. The Oriental Dollarbird has a large distribution ranging from India to Japan and Australia and it too is migratory over the northern and southern extremes of its range. The final species, the Azure Dollarbird, is endemic to the Moluccas in Indonesia. The genus contains 4 species 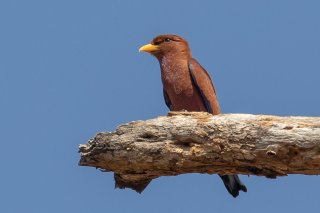 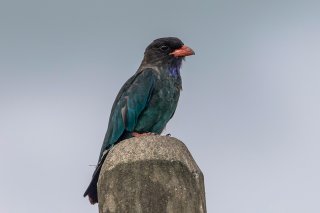