Phalacrocoracidae is a family of aquatic birds commonly known as cormorants and shags.
Cormorants and shags are medium-to-large birds, with body weight in the range of 0.35–5 kilograms and a wingspan of 45–100 centimeters. The majority of species have dark feathers. The bill is long, thin and hooked. Their feet have webbing between all four toes. All species are fish-eaters, catching the prey by diving from the surface. They are excellent divers, and underwater they propel themselves with their feet with help from their wings

I have split the birds photographed in its Genus where it belongs.

There are around 42 different species in this group of which I have photographed so far 13 different ones.

Genus Leucocarbo. the members in this genus are commonly known as blue-eyed shags. This is a group of closely related cormorant taxa. Many have a blue, purple or red ring around the eye (not a blue iris); other shared features are white underparts (at least in some individuals) and pink feet.
They are found around the colder parts of the Southern Hemisphere, especially near southern South America, Antarctica, and New Zealand. Many are endemic to remote islands. The genus contains 15 species 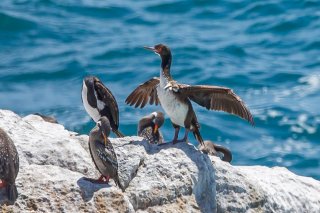 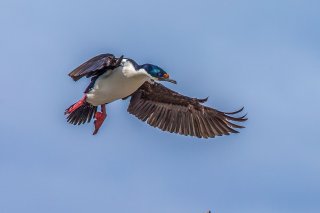 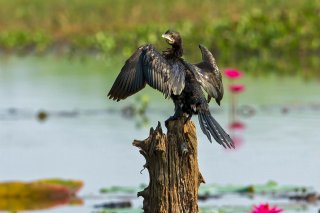 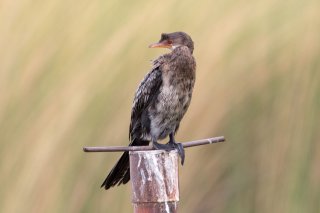 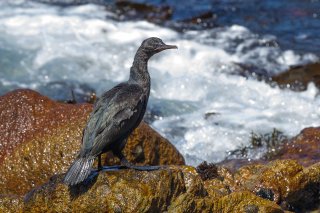 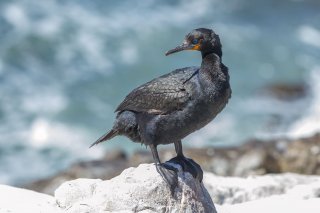 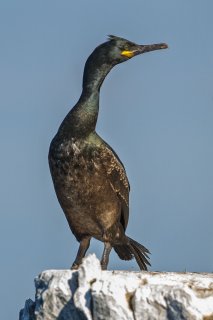 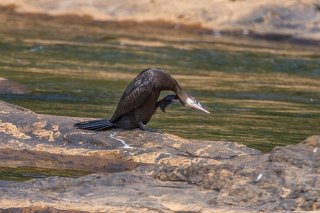 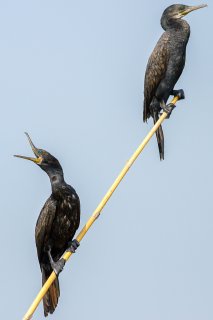 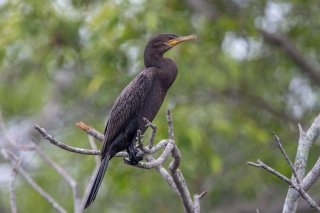 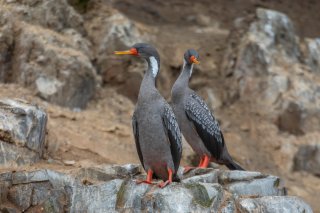 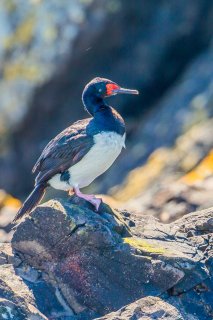 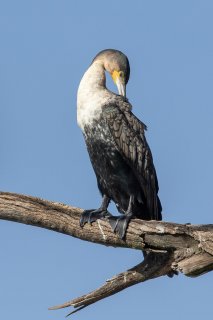