The Red Fox (Vulpes vulpes) lives around the world in many diverse habitats including forests, grasslands, mountains, and deserts. They also adapt well to human environments such as farms, suburban areas, and even large communities. The red fox's resourcefulness has earned it a legendary reputation for intelligence and cunning. Red foxes are usually together in pairs or small groups consisting of families, such as a mated pair and their young.  The species primarily feeds on small rodents, though it may also target rabbits, game birds, reptiles, invertebrates, and young ungulates. 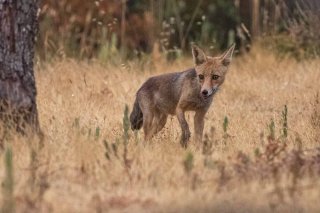 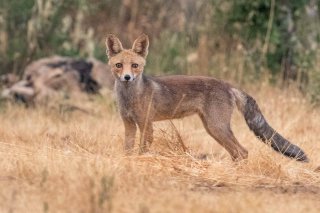 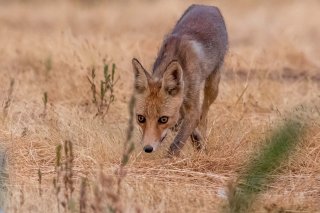 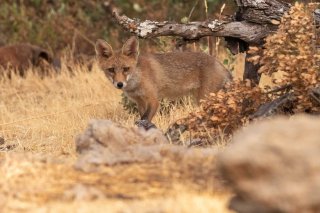 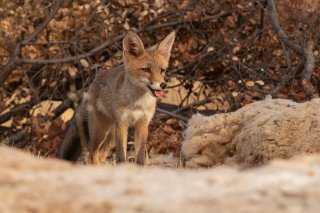 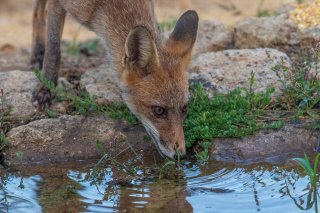 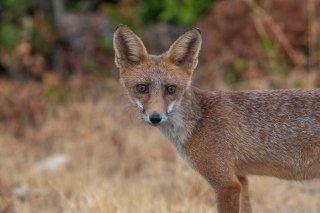 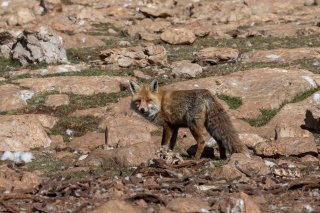 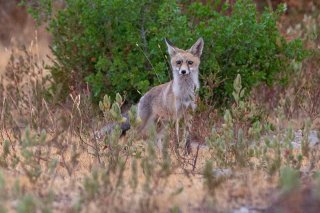 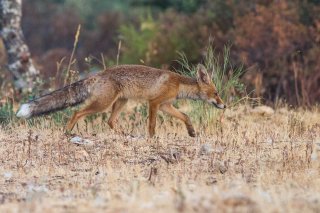 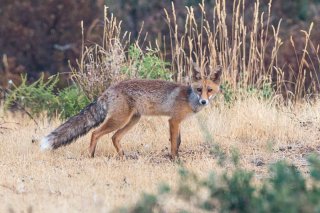 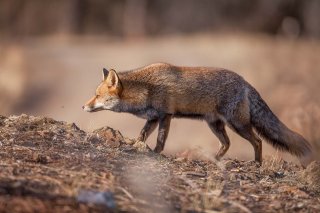