Black-and-white colobus monkeys live in Central Africa. They have distinctive black and white coloration, with long white fur on their backs.

Their habitat ranges from tropical forest through to dry forests and scrubland. When in dense forest black-and-white colobus monkeys are highly arboreal and spend most of their time in the trees. However, in less dense forests they will travel along the ground. Black-and-white colobus monkeys spend most of their time searching for food and resting.
They live in mixed male and female groups of 8-15 individuals. There will be an adult male, several females, and their offspring. Females remain in the group and form close bonds with each other. Young males leave the group before they are mature and either join a group of other young males or live alone until they can take over a group of females. 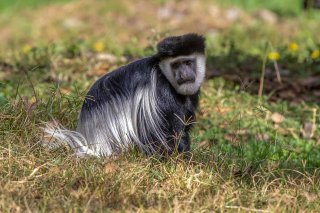 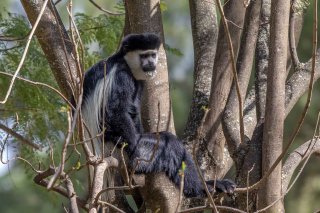 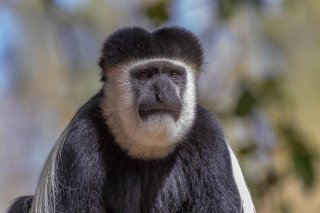 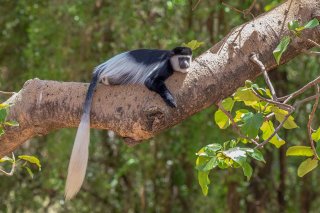 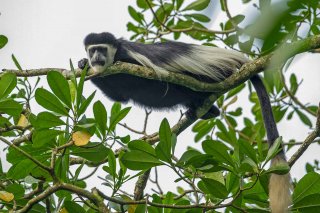 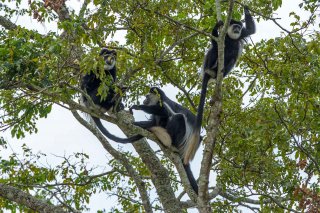 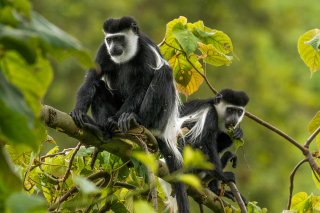 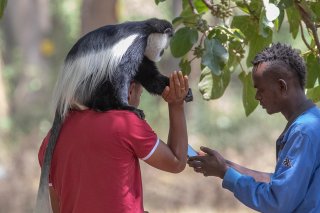 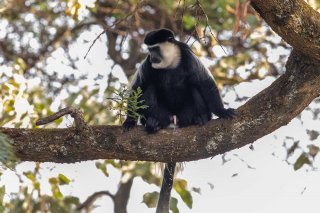 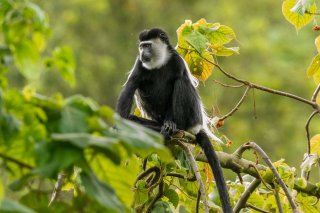