The Mantled Howler Monkey (Alouatta palliata),  is one of the monkey species most often seen and heard in the wild in Central America. It takes its "mantled" name from the long guard hairs on its sides.
It is the only Central American monkey that eats large quantities of leaves; it has several adaptations to this folivorous diet. Since leaves are difficult to digest and provide less energy than most foods, the mantled howler spends the majority of each day resting and sleeping. The mantled howler lives in groups that can have over 40 members, although groups are usually smaller. 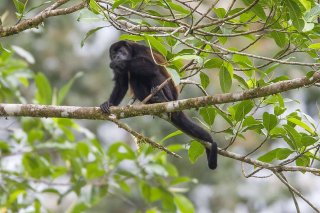 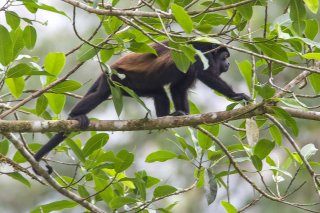