The Chacma Baboon (Papio ursinus), also known as the Cape Baboon, is one of the largest of all monkeys. Located primarily in southern Africa, the Chacma Baboon has a wide variety of social behaviors, including a dominance hierarchy, collective foraging, adoption of young by females, and friendship pairings. These behaviors form parts of a complex evolutionary ecology. In general, the species is not threatened, but human population pressure has increased contact between humans and baboons. Hunting, trapping, and accidents kill or remove many baboons from the wild, thereby reducing baboon numbers and disrupting their social structure 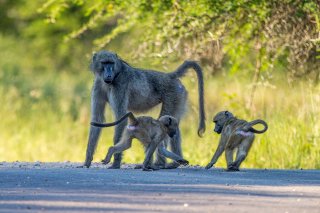 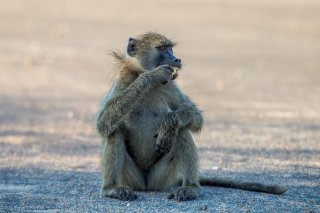