The Tufted Capuchin (Sapajus apella)  is an omnivorous animal, mostly feeding on fruits and invertebrates, although it sometimes feeds on small vertebrates (e.g. lizards and bird chicks) and other plant parts. It can be found in many different kinds of environments, including moist tropical and subtropical forests, dry forests, and disturbed or secondary forests.
Like other capuchins, it is a social animal, forming groups of 8 to 15 individuals that are led by an alpha or dominant male.
This species lives in the northern Amazon rainforest of the Guyanas, Venezuela, and Brazil and to the west of the Rio Negro, as far north as the Orinoco in Venezuela. It is also found in eastern Colombia, Ecuador, Bolivia, Peru, including the upper Andean Magdalena valley in Colombia. 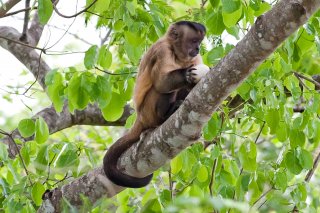 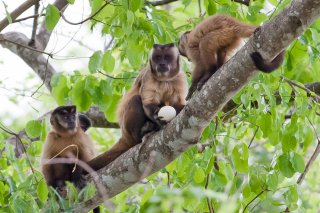 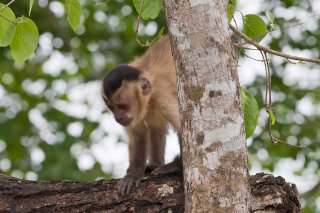 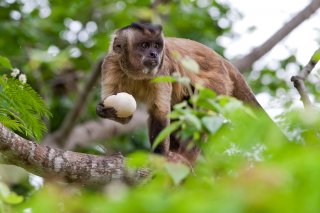 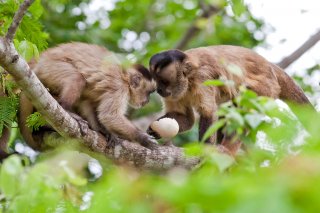