The Purple-faced Leaf Monkey (Semnopithecus vetulus) is endemic to Sri Lanka. The animal is a long-tailed arboreal species, identified by a mostly brown appearance, dark face (with paler lower face), and very shy nature. Their natural habitat is tall forests although they are spotted in numbers in urban areas due to their insatiable appetite for Jak Fruits which are common in most home gardens. Except for the northern part of the country, they occur in forests with tall trees elsewhere.  Largely folivorous but also eats fruits. They generally are found in small troops of about 12 family members and an alpha male dominates the troop. 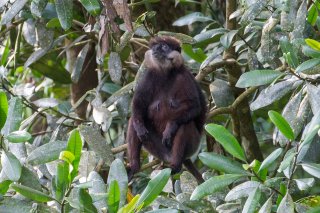 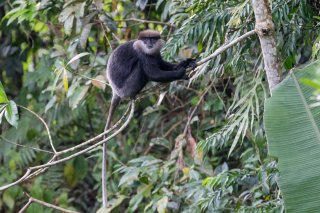 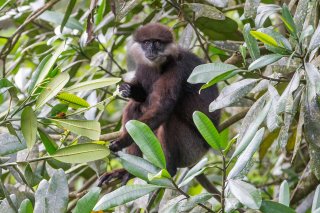 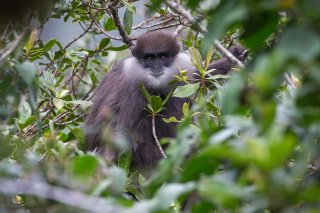