Samango Monkey (Cercopithecus albogularis) is found between Ethiopia and South Africa, including south and east Democratic Republic of Congo.
It is considered to be an arboreal species, meaning they spend most of their time traveling, resting, and foraging in the forest canopy. They are primarily frugivores, with 50% of their diet consisting of fruit, with leaves or insects being the main source of protein, with the rest of the diet being made up of seeds, flowers, and fungi. They rarely eat vertebrates. They eat a variety of plants but concentrate on a few species, which means their population density is generally dependent on plant species richness and diversity. 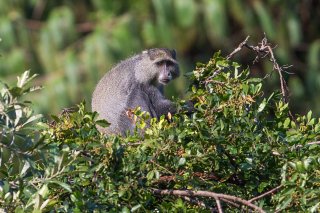 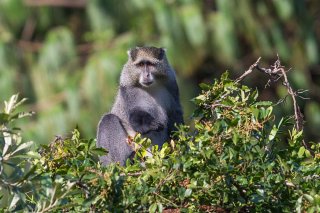