The Western Hoolock Gibbon (Hoolock hoolock) is found in Assam, Mizoram & Meghalaya in India, Bangladesh, and in Myanmar west of the Chindwin River. Like other gibbons, Hoolock Gibbon pairs produce a loud, elaborate song, usually sung as a duet from the forest canopy, in which younger individuals of the family group may join in. The song includes an introductory sequence, an organizing sequence, and a great call sequence, with the male also contributing to the latter. 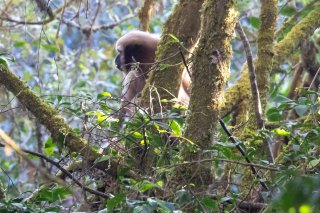 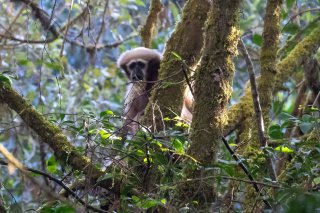 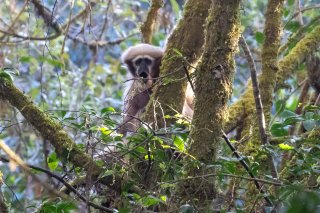