The Reindeer (Rangifer tarandus), also known as the caribou in North America, is a species of deer with circumpolar distribution, native to Arctic, sub-Arctic, tundra, boreal, and mountainous regions of northern Europe, Siberia, and North America. This includes both sedentary and migratory populations. Rangifer herd size varies greatly in different geographic regions. Male and female reindeer can grow antlers annually, although the proportion of females that grow antlers varies greatly between population and season. Antlers are typically larger on males. 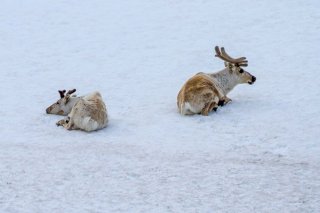 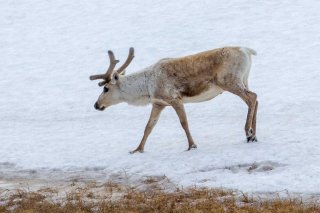 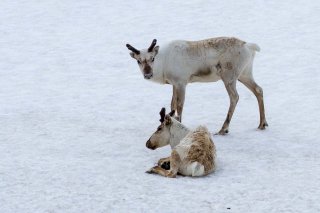 The White-tailed Deer (Odocoileus virginianus) is a medium-sized deer native to North America, Central America, Ecuador, and South America as far south as Peru and Bolivia.
The white-tailed deer is tan or brown in the summer and greyish brown in winter. It has white on its throat, around its eyes and nose,  on its stomach and on the underside of its tail. 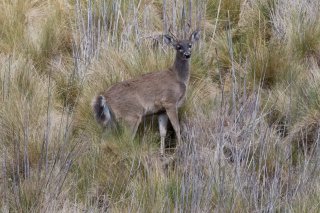 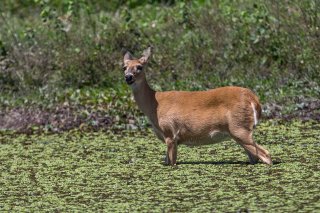 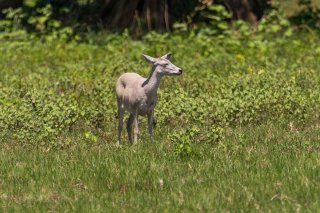 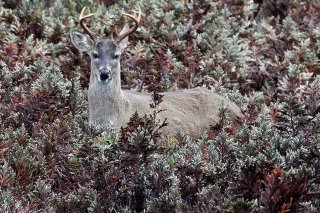 The Red Deer (Cervus elaphus) inhabits most of Europe, the Caucasus Mountains region, Asia Minor, Iran, parts of western Asia, and central Asia. It also inhabits the Atlas Mountains region between Morocco and Tunisia in northwestern Africa, being the only species of deer to inhabit Africa.
Red deer are herbivores, which means they only eat plants. Their diet consists of grass, heather, bark, tubers, roots, fruits, seeds, and the buds, shoots, and leaves of trees.
Just before mating season, which starts every September and is also known as the rut, everything changes. The stags leave their herds and head off alone. This change in behavior is caused by changing hormones. The testosterone coursing through their bodies also leads to physical changes. They become more muscular and grow long hair around their necks.
The solitary stags then go in search of females. Once found, they compete for their attention by roaring. This sounds like a cross between a lion's roar and a bull's bellow and can sometimes lead to quite violent fights between the stags. The larger the harem a stag manages to acquire, the more offspring he will have the following year. The calves are born in late May or early June. 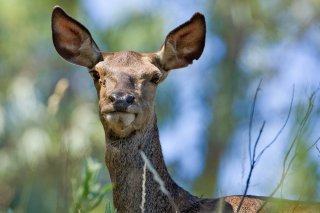 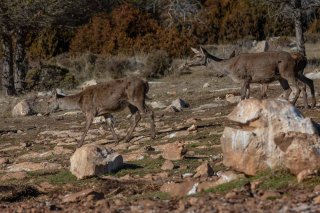 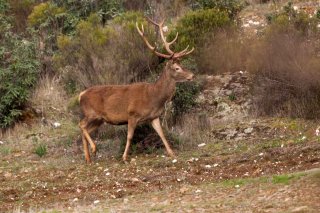 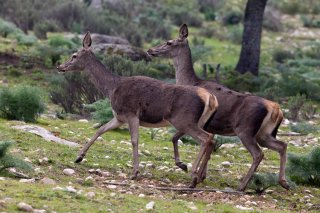 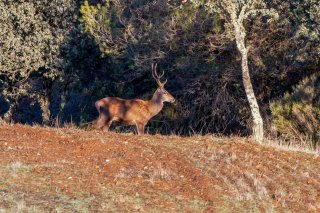 The Sambar Deer (Rusa unicolor) is a large deer native to the Indian subcontinent, South China, and Southeast Asia.
Sambar Deer are nocturnal. The males live alone for much of the year, and the females live in small herds of up to 16 individuals.  They often congregate near water and are good swimmers. Like most deer, they are generally quiet, although all adults can scream or make short, high-pitched sounds when alarmed. However, they more commonly communicate by scent marking and foot stamping.
They feed on a wide variety of vegetation, including grasses, foliage, browse, fruit, and water plants, depending on the local habitat. 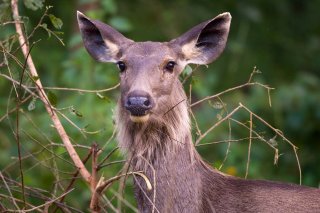 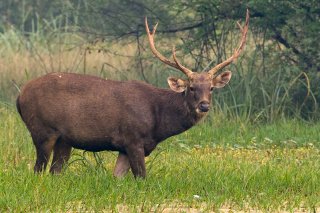 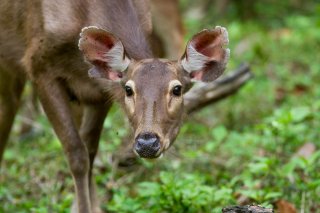 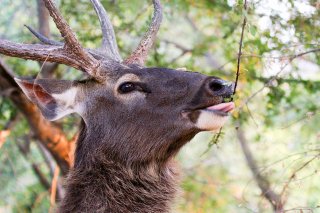 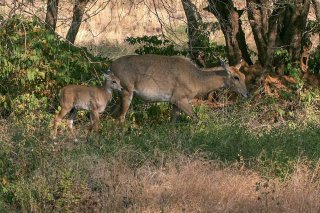 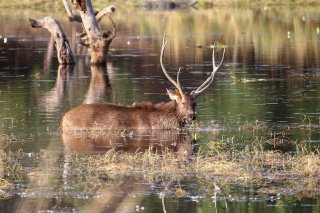 The Marsh Deer (Blastocerus dichotomus)  is the largest deer species from South America.  It is found in Argentina, Bolivia, Peru, Brazil, Uruguay, and Paraguay. They possess very large ears lined with white hairs, red-gold to tawny brown fur, blackish eyes, and long dark legs. The hair turns darker during winter. There are also white marks on the hips and around the eyes. The legs are black below the tarsal as is the muzzle. The tail is of a paler reddish tone than the rest of the body on its upper part and black on the under part. The Marsh Deer lives only in marsh areas, notably the Pantanal and Chaco, in which the level of water is less than 70 cm deep. They are swift swimmers. The marshes with their high vegetation density protect them from predators and provide them with food. 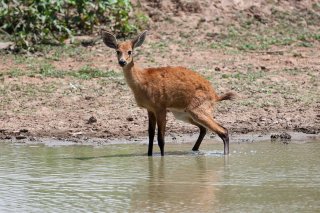 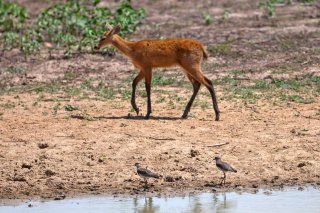 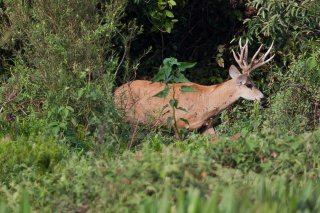 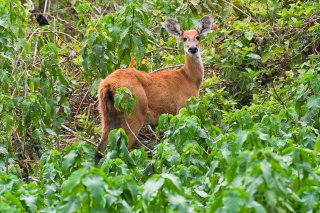 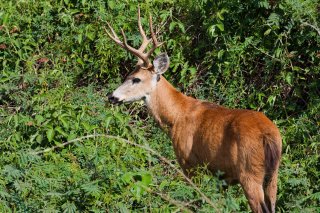