The Banded Mongoose (Mungos mungo) lives in sub-Saharan Africa as far north as Somalia and Sudan. Although it does occur in Gambia and Senegal, it is generally considered as rare in West Africa. It occupies a variety of habitats, including brush-land and grassland, but prefers wooded areas. It is not found in drier areas, such as semi-desert and desert habitats.
It has distinctive dark bands running horizontally across its back, going from the base of its neck to the start of its tail. These bands enable the banded mongoose to be distinguished from the Common dwarf mongoose, which is smaller, occupies similar habitats to the Banded mongoose, and has a social structure that is similar. Banded mongooses have a wiry coat that ranges in color from gray to gray-brown, while the tip of their tapered tail is black or a darker brown. 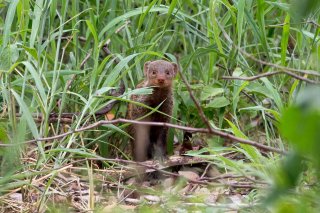 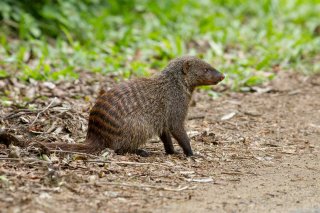 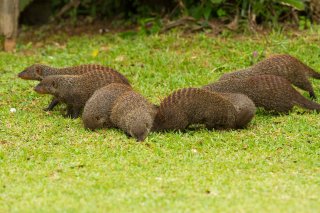 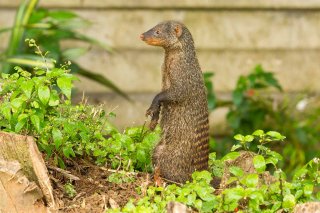