The Yellow Mongoose (Cynictis penicillata) is a small African mammal. Its name comes from the color of its coat, which can, in fact, vary among subspecies from yellow to gray. A territorial animal, it defines its boundaries by using different forms of scent-markings. When communicating with others it uses tail movements but is vocal when playful, angry, or scared.
This species occurs throughout southern Africa in Angola, Botswana, Lesotho, Namibia, Swaziland, Zimbabwe, and South Africa. It prefers to live in habitats with open grassland, arid savanna, and scrub areas where it can find a wide range of prey to eat. 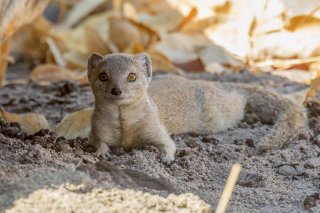 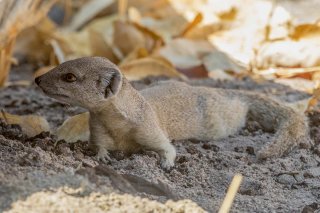 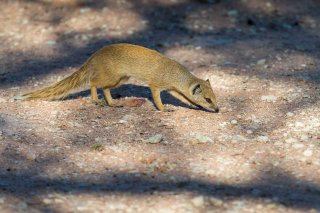 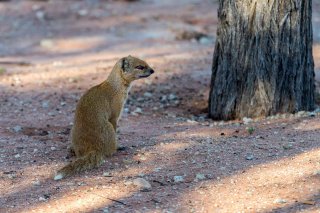 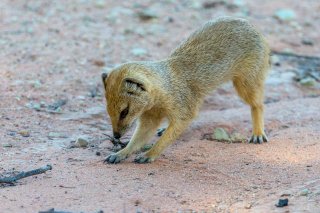