The Bohor Reedbuck (Redunca redunca) is an antelope native to central Africa.  This sturdily built antelope has a yellow to grayish-brown coat. Only the males possess horns that measure about 25–35 cm. It prefers grasses and tender reed shoots with high protein and low fiber content. This reedbuck is dependent on water, though green pastures can fulfill its water requirement. The social structure of the Bohor Reedbuck is highly flexible. Large aggregations are observed during the dry season when hundreds of them assemble near a river. 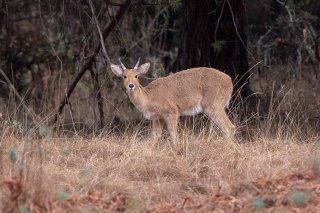 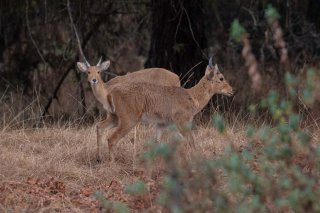 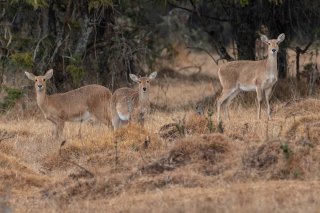 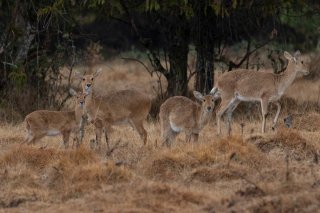 The Soemmerring's Gazelle (Nanger soemmerringii) is native to the Horn of Africa. It lives in Djibouti, Eritrea, Ethiopia, Somalia, and South Sudan.  They inhabit open steppes with brush and acacia, as well as steppes with few trees. Soemmerring's gazelle is a tall gazelle with tan flanks, gradually turning to white on the belly and long black horns. They are about 75–90 cm at the shoulder, and they weigh 35–45 kg.
Soemmerring's and Grant's gazelles' outward appearance is so similar, they are often mistaken for each other where their ranges overlap. 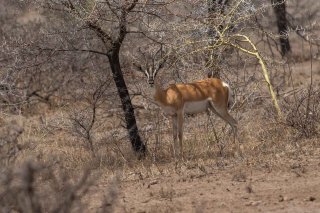 The Roan Antelope (Hippotragus equinus) is a savanna antelope found in West and Central Africa. Roan Antelope is one of the largest species of antelopes; only elands, bongos and large male greater kudus can exceed them in weight. The shoulder of this species is typically around 130–140 cm.  Named for their roan color (a reddish-brown), they have lighter underbellies, white eyebrows and cheeks and black faces, lighter in females. They have short, erect manes, very light beards, and prominent red nostrils. The horns are ringed and can reach a meter long in males, slightly shorter in females. They arch backward slightly.
Roan Antelope are found in woodland and grassland savanna. They form harem groups of five to 15 animals with a dominant male. Roan antelope commonly fight among themselves for dominance of their herd, brandishing their horns while both animals are on their knees. 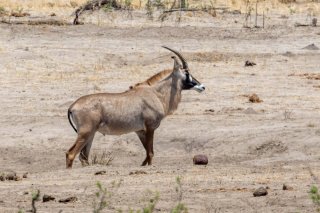 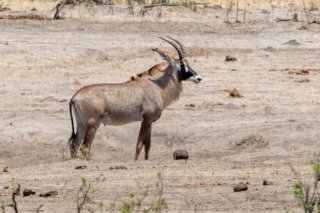 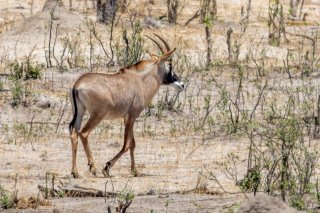 The Mountain Nyala (Tragelaphus buxtoni) is an antelope found in high altitude woodland in a small part of central Ethiopia. The coat is grey to brown, marked with two to five poorly defined white strips extending from the back to the underside, and a row of six to ten white spots. White markings are present on the face, throat, and legs as well. Males have a short dark erect crest, about 10 cm high, running along the middle of the back. Only males possess horns.
They are shy and elusive for human beings. Four to five individuals may congregate for short intervals of time to form small herds. Males are not territorial. Primarily a browser, the Mountain Nyala may switch to grazing occasionally. Females start mating at two years of age, and males too become sexually mature by that time.
The typical habitat for the Mountain Nyala is composed of montane woodlands at an altitude of 3,000–3,400 m. 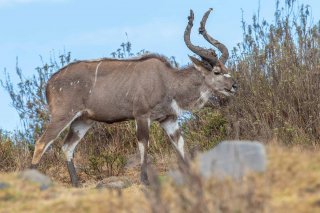 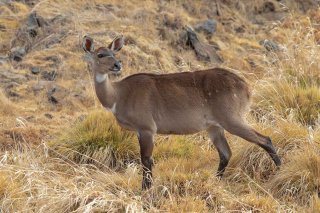 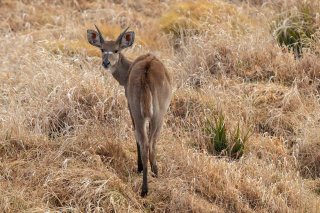 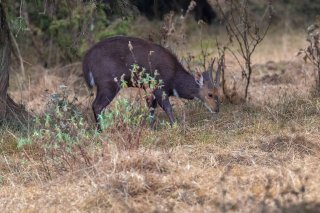 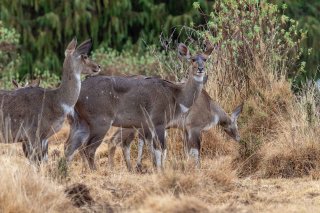 The Sable Antelope (Hippotragus niger) is an antelope that inhabits wooded savanna in East and Southern Africa, from the south of Kenya to South Africa, with a separate population in Angola. The Sable Antelope has a compact and robust build, characterized by a thick neck and tough skin. It has a well-developed and often upright mane on its neck, as well as a short mane on the throat. Its general coloration is rich chestnut to black. Females and juveniles are chestnut to dark brown, while males begin darkening and turn black after three years. However, in southern populations, females have a brown to black coat. Calves less than two months old are a light tan and show faint markings. The underparts, cheek, and chin are all white, creating a great contrast with the dark back and flanks. Long, white hairs are present below the eyes, and a wide, black stripe runs over the nose 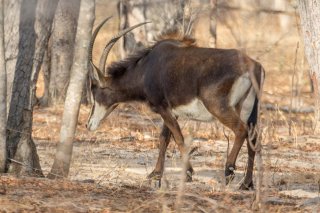 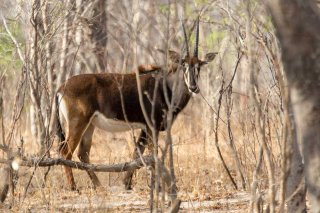 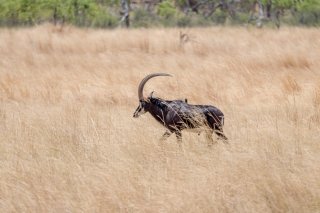