The Greater Kudu (Tragelaphus strepsiceros) is a woodland antelope found throughout eastern and southern Africa. Despite occupying such widespread territory, they are sparsely populated in most areas due to declining habitat, deforestation, and poaching. Greater Kudus have a narrow body with long legs, and their coats can range from brown/bluish-grey to reddish-brown. They possess between 4 and 12 vertical white stripes along their torso.  Greater kudu bulls tend to be much larger than the cows, and vocalize much more, utilizing low grunts, clucks, humming and gasping. This is one of the largest species of antelope. 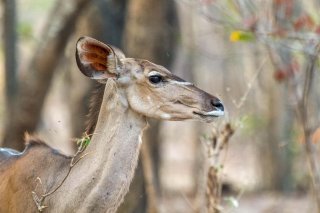 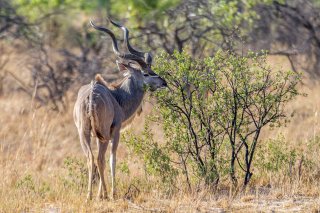 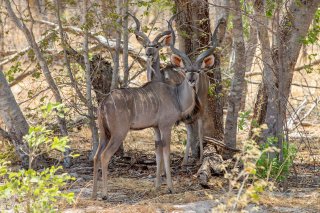 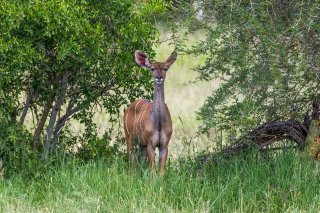 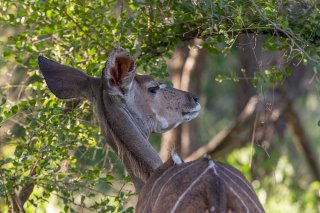 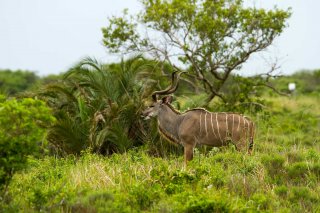 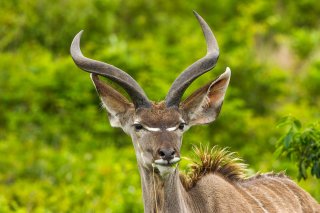