The Chamois (Rupicapra rupicapra) is native to mountains in Europe, from west to east, including the Cantabrian mountains, the Pyrenees, the Alps, and the Apennines, the Dinarides, the Tatra and the Carpathian Mountains, the Balkan Mountains, the Rila - Rhodope massif, Pindus, the northeastern mountains of Turkey, and the Caucasus.
Female chamois and their young live in herds of up to 15 to 30 individuals; adult males tend to live solitarily for most of the year. Chamois eat various types of vegetation, including highland grasses and herbs during the summer and conifers, barks, and needles from trees in winter. Primarily diurnal inactivity, they often rest around mid-day and may actively forage during moonlit nights. 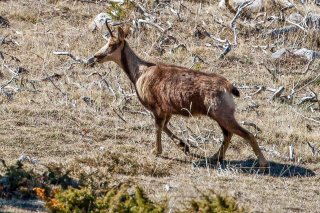 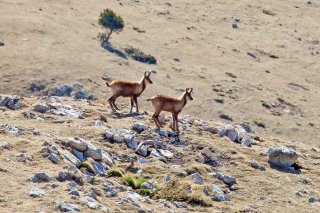 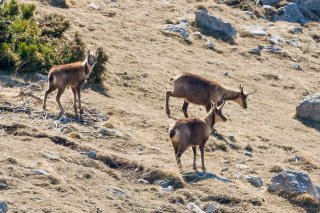