The Blue Wildebeest (Connochaetes taurinus), also called the common wildebeest, white-bearded wildebeest, or brindled gnu is a large antelope and one of the two species of wildebeest. The adults' hues range from a deep slate or bluish-gray to light gray or even grayish-brown. Both sexes possess a pair of large curved horns.
The blue wildebeest is a herbivore, feeding primarily on short grasses. It forms herds which move about in loose aggregations, the animals being fast runners and extremely wary.  Blue wildebeest are found in short-grass plains bordering bush-covered acacia savannas in southern and eastern Africa, thriving in areas that are neither too wet nor too arid. The blue wildebeest is native to Angola, Botswana, Kenya, Mozambique, South Africa, Swaziland, Tanzania, Zambia, and Zimbabwe. 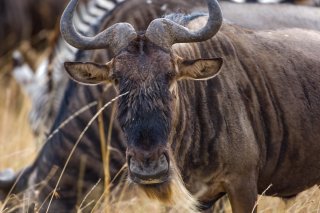 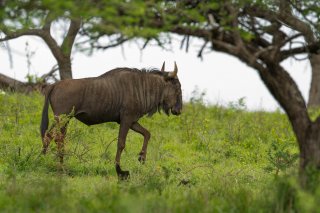 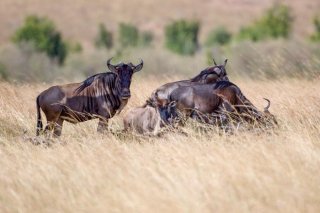 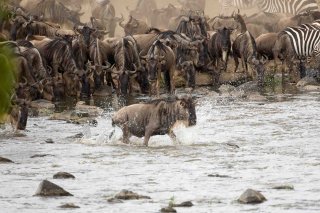 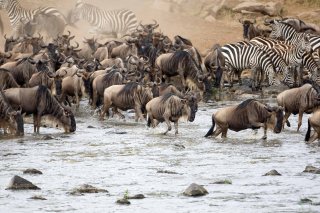 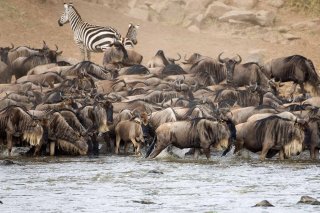 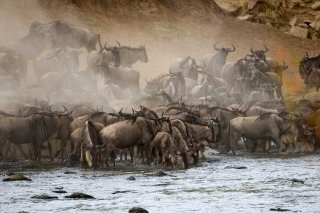 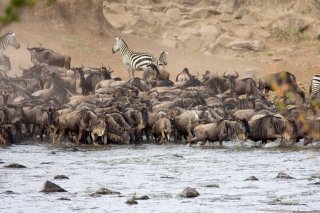 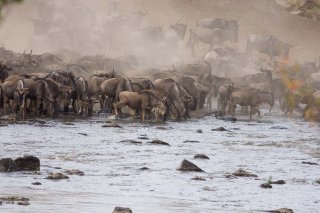 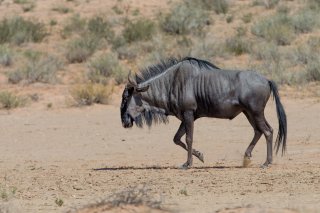