The Oribi (Ourebia ourebi) is a small antelope found in eastern, southern, and western Africa.
This gracious little antelope has a long, slender neck and legs. Ears are oval. The coat is rufous-brown with white underparts. The tail of the oribi is black. Situated close to the inner corners of the eyes are two large pre-orbital glands. Only the rams have short, straight horns of 80 -180 mm, which are ringed at the base. Their hindquarters are slightly higher than their forequarters. Adult rams measure 600 mm at the shoulders and weigh 14 kg. Ewes are slightly larger than rams. Oribi displays a distinctive "stotting" action when alarmed, which entails vertical leaps with straight legs.
Primarily a grazer, which occasionally browses on forbs. Although it occurs on flood plains, it is not dependant on free surface water. 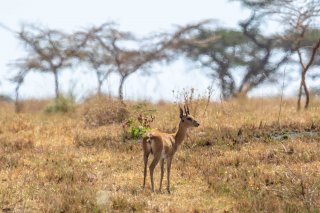 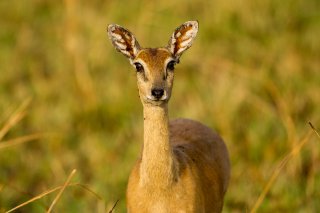 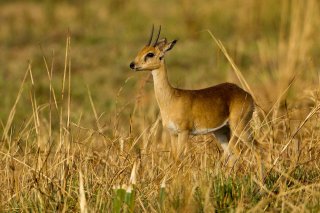 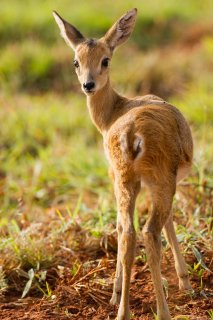 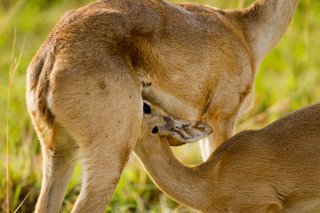