The Blesbuck (Damaliscus pygargus phillipsi) is an antelope endemic to South Africa and Eswatini. It has a distinctive white face and forehead which inspired the name because bles is the Afrikaans word for a blaze such as one might see on the forehead of a horse.
The Blesbok and the Bontebok (Damaliscus pygargus pygargus) are subspecies of the same species and can readily interbreed, the hybrid offspring is known as the Bontebles; the differences between the two subspecies have arisen due to preferences for different habitats in the wild. The Blesbok is endemic to southern Africa and is found in large numbers in all national parks with open grasslands, from the Highveld north of the Vaal River southwards through the Free State, to the Eastern Cape. It is a plains species and dislikes wooded areas. 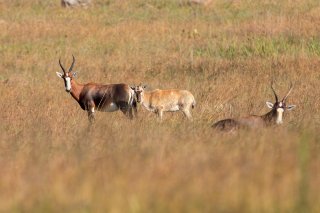 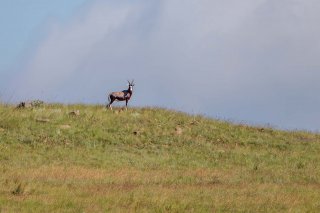 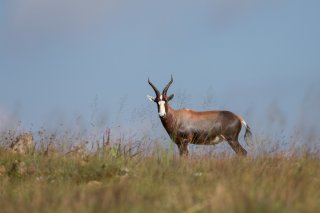 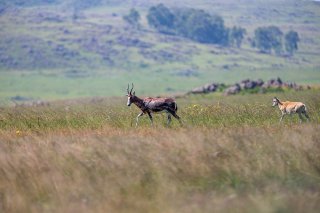 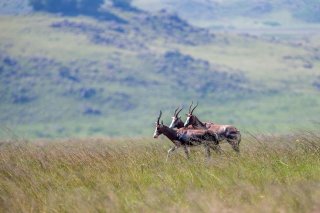