The Lechwe (Kobus leche) is an antelope found in wetlands of south-central Africa.
It is native to Botswana, Zambia, the southeastern Democratic Republic of the Congo, northeastern Namibia, and eastern Angola, especially in the Okavango Delta, Kafue Flats, and the Bangweulu Swamps. They are golden brown with white bellies. Males are darker in color, but general hue varies depending on subspecies. The long, spiral-structured horns are vaguely lyre-shaped, they are found only in males. The hind legs are somewhat longer in proportion than in other antelopes, to ease long-distance running in marshy soil. Lechwe are found in marshy areas where they eat aquatic plants. They use the knee-deep water as protection from predators. Their legs are covered in a water-repellant substance which allows them to run quite fast in knee-deep water. Lechwe are diurnal. They gather in herds which can include many thousands of individuals. Herds are usually all of one sex, but during mating season they mix. 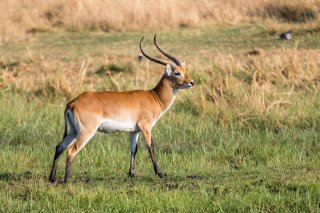 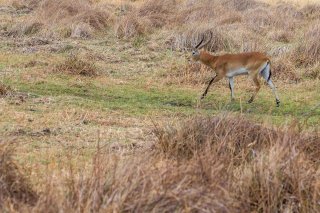 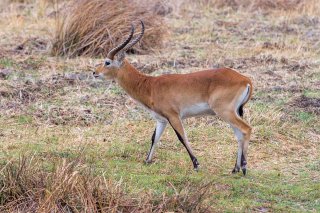 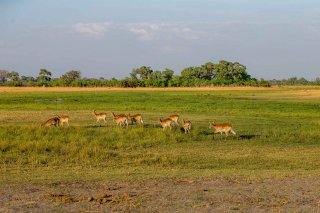