The Least Weasel (Mustela nivalis)  is native to Eurasia, North America, and North Africa.
Least weasels from various parts of its range vary greatly in size. The body is slender and elongated, the legs and tail are relatively short. The color varies geographically, as does the pelage type and length of tail. The dorsal surface, flanks, limbs, and tail of the animal are usually some shade of brown while the underparts are white. The line delineating the boundary between the two colors is usually straight. At high altitudes and in the northern part of its range, the coat becomes pure white in winter.
Small rodents form the largest part of the least weasel's diet, but it also kills and eats rabbits, other mammals, and occasionally birds, birds' eggs, fish, and frogs. 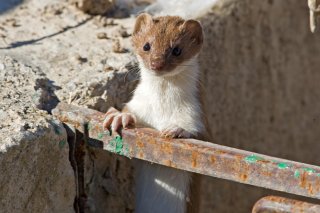 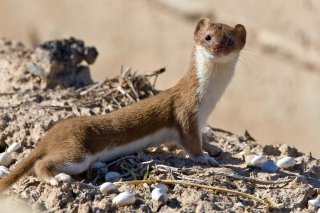 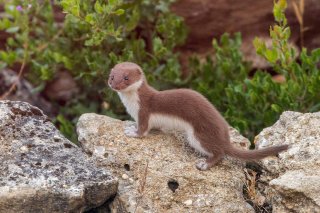 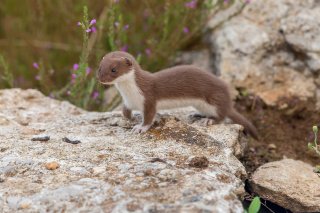 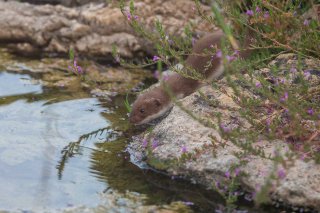 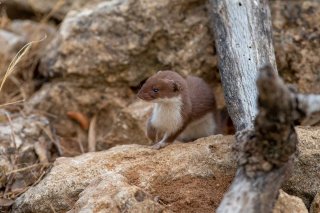