The Aardwolf (Proteles cristata) is an insectivorous mammal, native to East and Southern Africa. The aardwolf is in the same family as the hyena. Unlike many of its relatives in the order Carnivora, the aardwolf does not hunt large animals. It eats insects and their larvae, mainly termites; one aardwolf can lap up as many as 250,000 termites during a single night using its long, sticky tongue.
The aardwolf lives in the shrublands of eastern and southern Africa – open lands covered with stunted trees and shrubs. It is nocturnal, resting in burrows during the day and emerging at night to seek food. 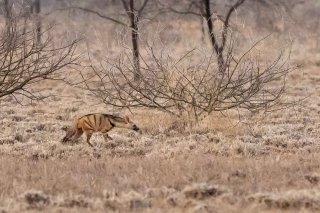 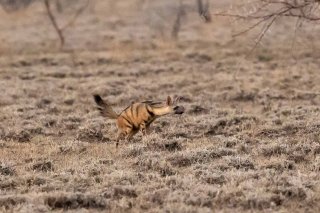 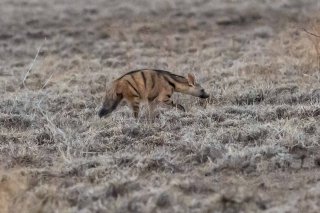 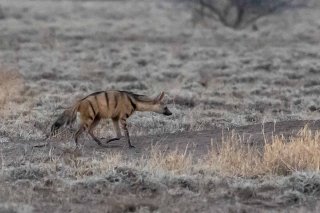 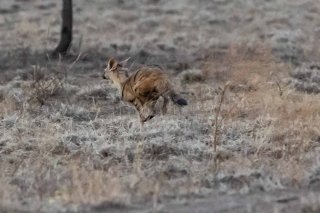