The Northern Tamandua (Tamandua mexicana)  live in tropical and subtropical forests from southern Mexico, through Central America, and to the edge of the northern Andes. It is a medium-sized anteater with a prehensile tail, small eyes and ears, and a long snout. The fur is a pale yellow over most of the body, with a distinctive patch of black fur over the flanks, back, and shoulders, that somewhat resembles a vest in shape. The presence of this coloration pattern makes it possible to distinguish this species from its southern relative, which has a more uniform color. The tail has fur on its upper surface for about a third of its length but is otherwise hairless. The hind feet have five toes, while the forefeet have only four. 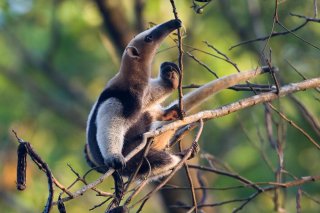 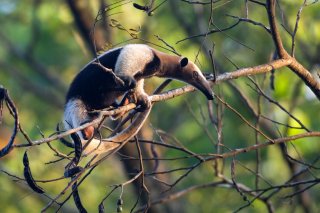 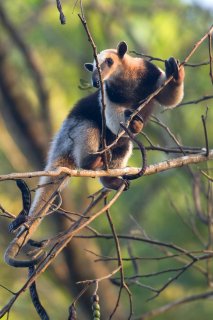 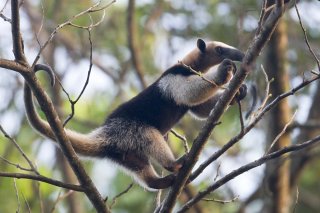