The Southern Tamandua (Tamandua tetradactyla), also called the collared anteater or lesser anteater is a species of anteater from South America. It is a solitary animal, found in many habitats from mature to highly disturbed secondary forests and arid savannas. It feeds on ants, termites, and bees. Its very strong foreclaws can be used to break insect nests or to defend itself. It is mainly nocturnal but is occasionally active during the day. The animal's nest in hollow tree trunks or in the burrows of other animals, such as armadillos. They are solitary, occupying home ranges that average from 100 to 375 ha, depending on the local environment 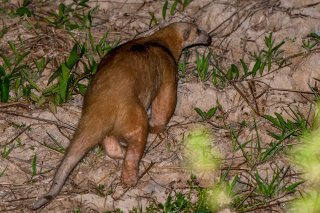 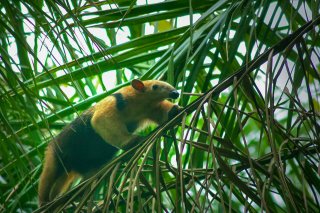 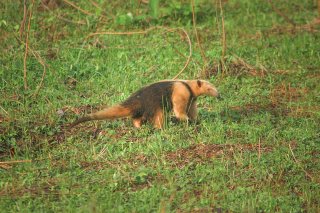 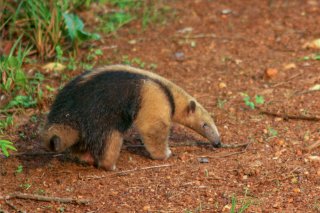