The Red Panda (Ailurus fulgens) is a mammal species native to the eastern Himalayas and southwestern China.
The red panda has reddish-brown fur, a long, shaggy tail, and a waddling gait due to its shorter front legs; it is roughly the size of a domestic cat, though with a longer body, and is somewhat heavier. It is arboreal and feeds mainly on bamboo, but also eats eggs, birds, and insects. It is a solitary animal, mainly active from dusk to dawn, and is largely sedentary during the day. It is also called the lesser panda, the red bear-cat, and the red cat-bear. 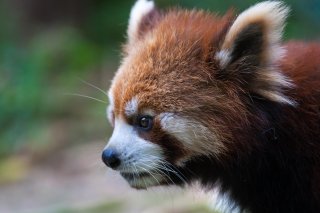 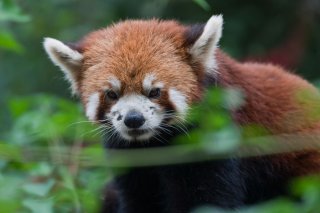 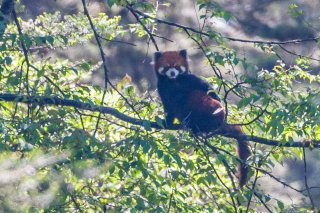