The Crab-eating Raccoon or South American Raccoon (Procyon cancrivorus) is a species of raccoon native to marshy and jungle areas of Central and South America (including Trinidad and Tobago). It is found from Costa Rica south through most areas of South America east of the Andes down to northern Argentina and Uruguay. That it is called the crab-eating raccoon does not mean that only this species eats crabs, as the Common Raccoon also seeks and eats crabs where they are available.
The Crab-eating Raccoon eats crab, lobster, crayfish and other crustaceans and shellfish, such as oysters and clams. It is an omnivore and its diet also includes, for example, small amphibians, turtle eggs, and fruits. 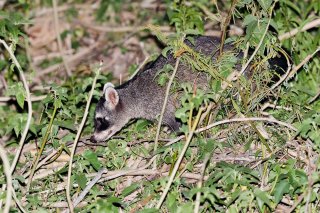 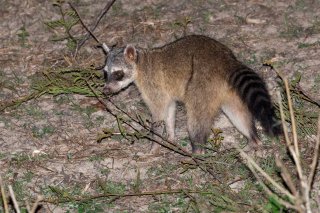 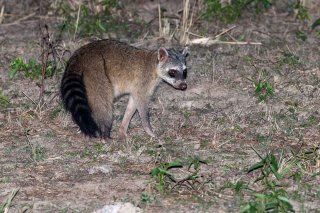 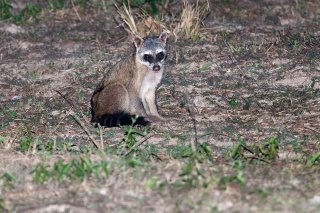