The Giant Anteater (Myrmecophaga tridactyla) is an insectivorous mammal native to Central and South America.  This species is mostly terrestrial, in contrast to other living anteaters and sloths, which are arboreal or semiarboreal. It is the biggest of its family. It is recognizable by its elongated snout, bushy tail, long foreclaws, and distinctively colored pelage.
The Giant Anteater is found in multiple habitats, including grassland and rainforest. It forages in open areas and rests in more forested habitats. It feeds primarily on ants and termites, using its foreclaws to dig them up and its long, sticky tongue to collect them. Though Giant Anteaters live in overlapping home ranges, they are mostly solitary except during mother-offspring relationships, aggressive interactions between males, and when mating. Mother anteaters carry their offspring on their backs until weaning them. 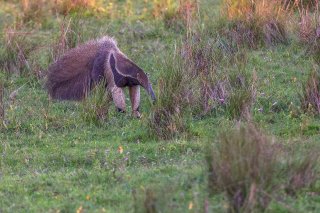 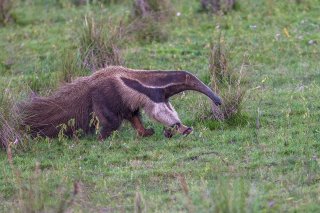 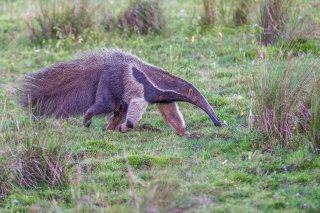 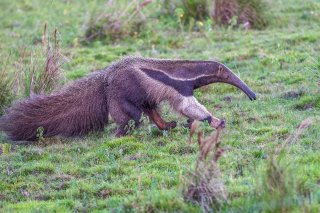 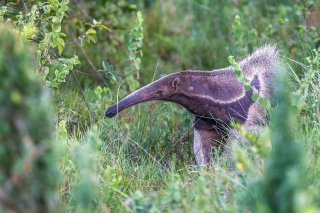