The Sunda Flying Lemur (Galeopterus variegatus)  was, until recently, thought to be one of only two species of flying lemurs, the other being the Philippine flying lemur, which is found only in the Philippines. This species can be found throughout Southeast Asia ranging from Indonesia, Thailand, Malaysia, southern Vietnam, southern Burma, and Singapore.
The Sunda Flying Lemur is not a lemur and does not fly. Instead, it glides as it leaps among trees. It is strictly arboreal, is active at night, and feeds on soft plant parts such as young leaves, shoots, flowers, and fruits. After a 60-day gestation period, a single offspring is carried on the mother's abdomen held by a large skin membrane. It is a forest-dependent species. 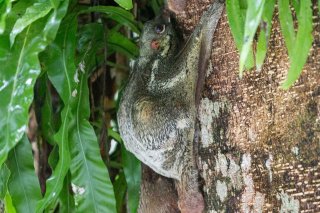 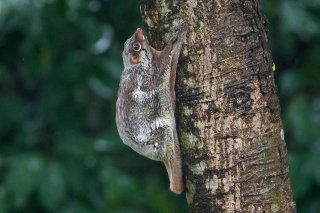 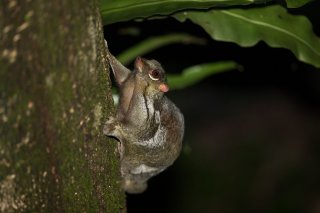 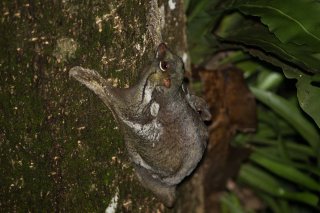 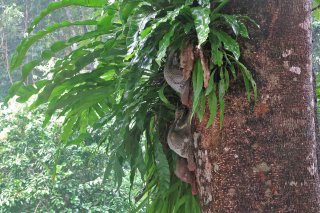 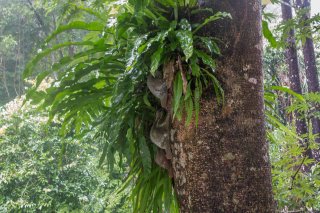