The Striped Mouse (Dorsally Rhabdomys) displays four black longitudinal stripes on a paler background. They are unmistakable as a group because no similarly-sized Southern African rodents are similarly marked. Physically they are rather larger than house mice.
It is widespread and abundant in the Southern African subregion. A few areas apparently do not support a population, but for the most part they occur all the way from the southernmost Western Cape to northern Namibia and parts of Botswana, Mozambique, and Zimbabwe. It also has been recorded from parts of Angola, Zambia, Malawi, Tanzania, Kenya, Uganda, and southern Congo 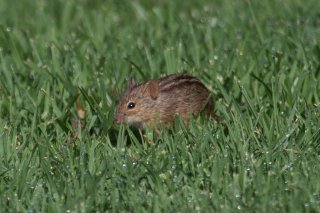 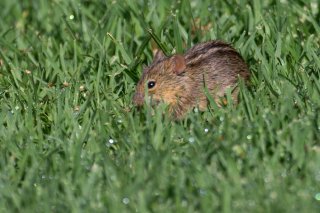 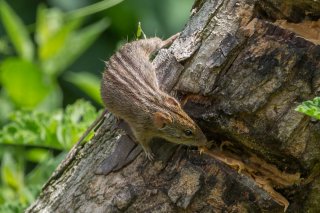