The Variegated Squirrel (Sciurus variegatoides) is a tree squirrel and found in Costa Rica, El Salvador, Guatemala, Honduras, southern Mexico, Nicaragua, and Panama. It is a medium-sized squirrel; the head-and-body length is about 260 mm with a tail of much the same length. It weighs about 500 g. Several subspecies differ in appearance and there is often a considerable variation between the appearances of individuals in the same population. The dorsal coloration varies between dark brown to yellowish-grey. The neck tends to be darker than other parts and there is often a paler patch behind the ears. The underparts are usually some shade of cinnamon. The tail is long and densely bushy; in Mexico, it is black, sometimes with white tips to the hairs giving it a frosted appearance. In Nicaragua and Costa Rica, some individuals have pale underparts and tails. 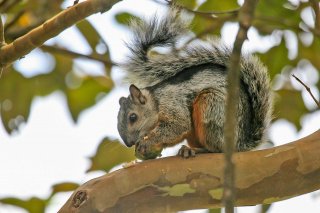 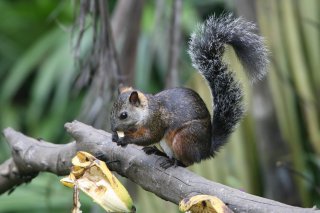 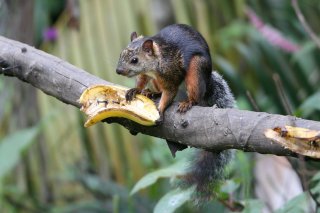 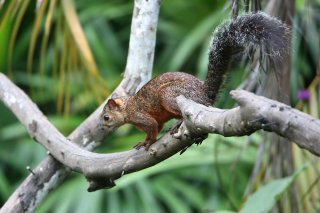