Tree Squirrel or Smith's Bush Squirrel [Paraxerus cepapi]. The total length is 350 mm, half of which is tail. This species only weighs 200 gram. The coat colour varies throughout the region. In the western and arid parts of its range it is pale grey, and in the eastern localities more brown. Head and legs are a rusty colour.

Colouration on the chest varies from yellowish to buffy in the east, to white in the west. The Tree Squirrels' bellies are white. These alert and ever busy creatures carry their long tails extended backwards.

The southern limit of the Tree Squirrel's distribution in South Africa, extends into the woodland savanna regions of North Western, Northern and Mpumalanga Provinces, and from here eastwards to Swaziland and Mozambique. 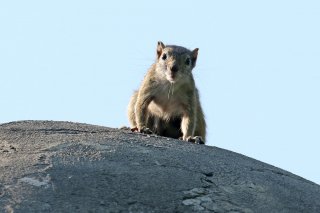 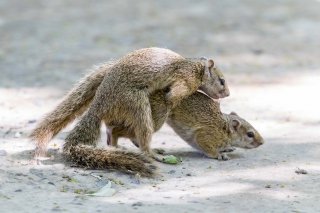 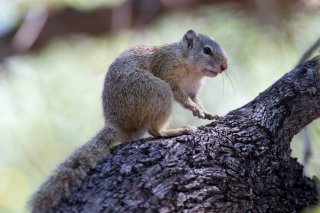