The Hippopotamus (Hippopotamus amphibius) is a large, mostly herbivorous, semiaquatic mammal and ungulate native to sub-Saharan Africa.
Hippos inhabit rivers, lakes, and mangrove swamps, where territorial males preside over a stretch of river and groups of five to thirty females and young hippos. During the day, they remain cool by staying in the water or mud. They emerge at dusk to graze on grasses. The hippo is among the most dangerous animals in the world due to its highly aggressive and unpredictable nature. 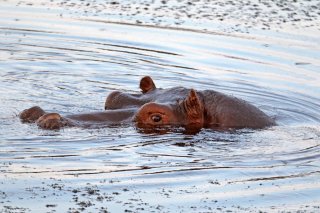 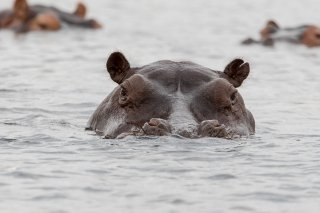 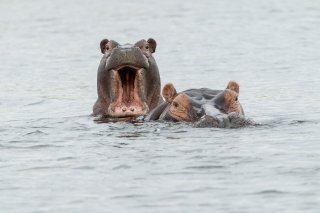 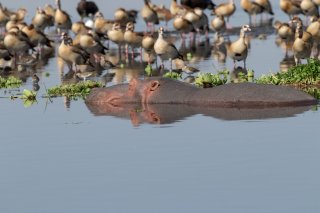 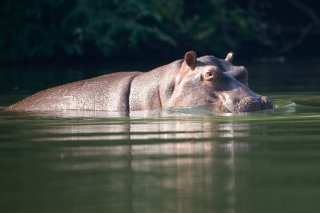 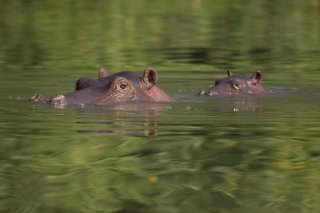 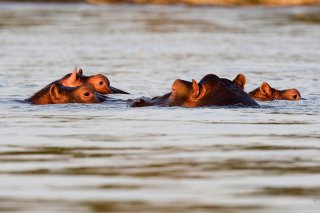 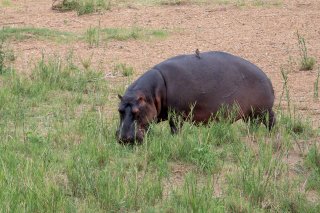 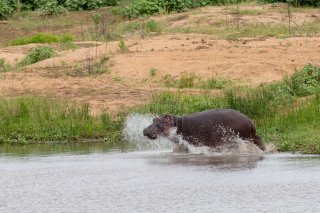 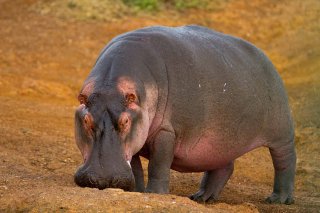 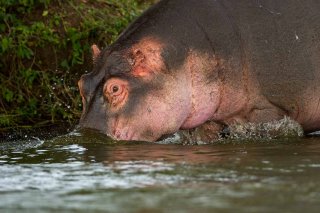 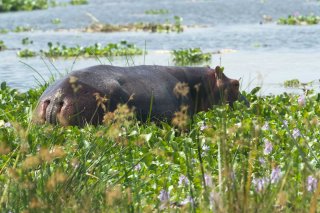 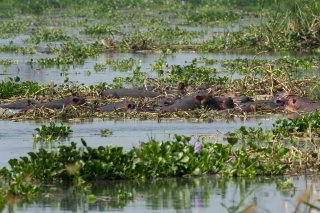