The Wild Boar (Sus scrofa) is a suid native to much of the Palearctic. Human intervention has spread it further, making the species one of the widest-ranging mammals in the world.  It has become an invasive species in part of its introduced range. Wild boars probably originated in Southeast Asia during the Early Pleistocene. The species lives in matriarchal societies consisting of interrelated females and their young (both male and female). Fully grown males are usually solitary outside the breeding season. 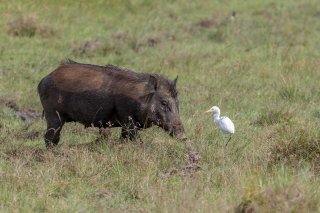 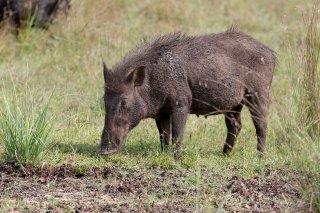 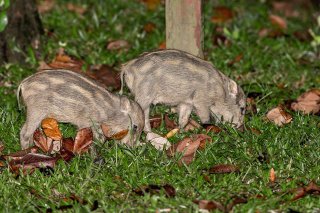 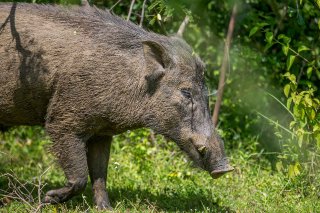 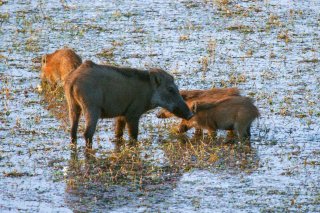