The African Buffalo (Syncerus caffer) is a large sub-Saharan African bovine. The adult African buffalo's horns are its characteristic feature: they have fused bases, forming a continuous bone shield across the top of the head referred to as a "boss". They are widely regarded as among the most dangerous animals on the African continent, and according to some estimates they gore, trample, and kill over 200 people every year.
Its unpredictable temperament means that the African buffalo has never been domesticated, unlike its Asian counterpart, the water buffalo. African buffaloes have few predators aside from lions and large crocodiles. 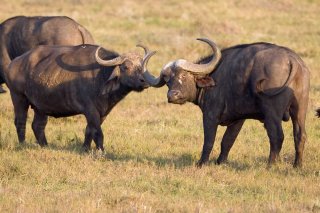 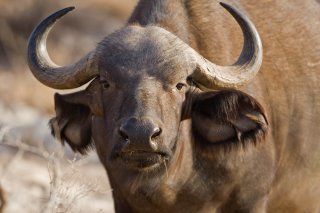 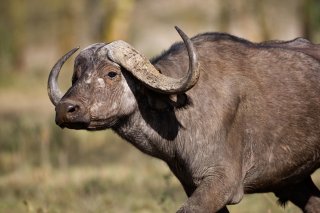 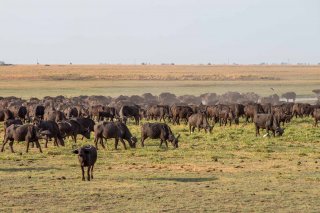 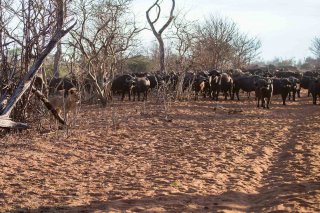 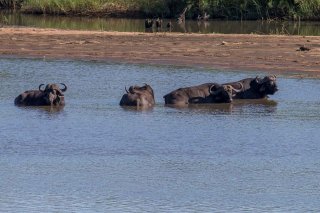 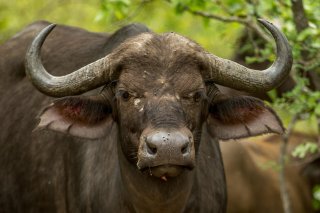 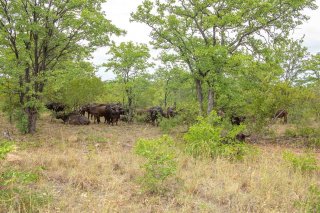 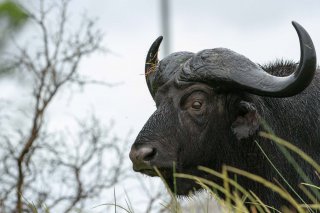 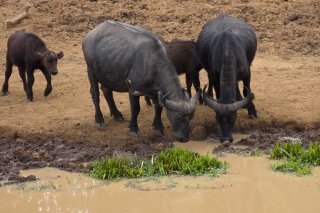 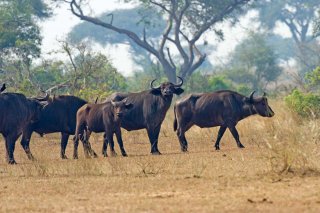 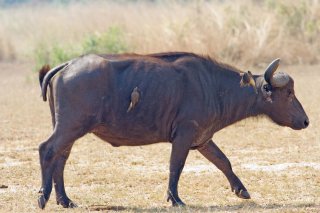