The Asian Elephant (Elephas maximus) is the only living species of the genus Elephas and is distributed throughout the Indian subcontinent and Southeast Asia, from India in the west, Nepal in the north, Sumatra in the south, and to Borneo in the east. The Asian Elephant is the largest living land animal in Asia.
In general, the Asian elephant is smaller than the African Bush Elephant and has the highest body point on the head. The back is convex or level. The ears are small with dorsal borders folded laterally. It has up to 20 pairs of ribs and 34 caudal vertebrae. The feet have more nail-like structures than those of African elephants—five on each forefoot, and four on each hindfoot. The forehead has two hemispherical bulges, unlike the flat front of the African Elephant. 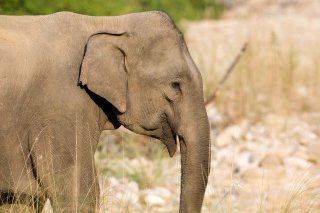 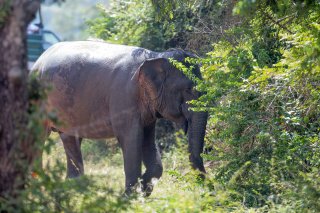 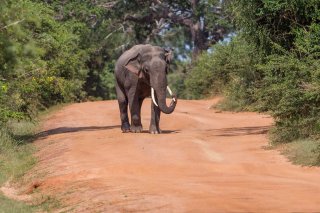 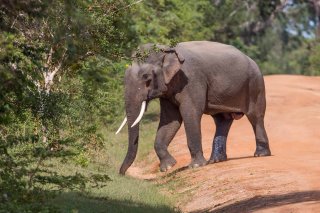 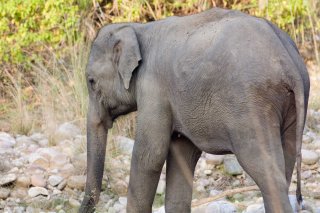