The Guanaco (Lama guanicoe) is a camelid native to South America, closely related to the llama. Guanaco is one of the largest terrestrial mammals native to today's South America. The Guanaco has thick skin on its neck, a trait also found in its domestic counterpart, the llama and in its relatives, the wild vicuña, and domesticated alpaca. This protects its neck from predator attacks. Bolivians use the neck-skin of these animals to make shoes, flattening and pounding the skin to be used for the soles. In Chile, hunting is allowed only in Tierra del Fuego, where the only population not classified as endangered in the country resides. 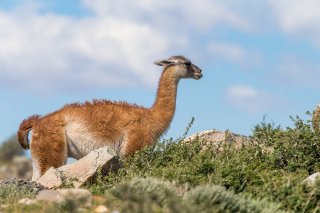 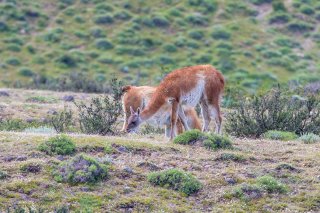 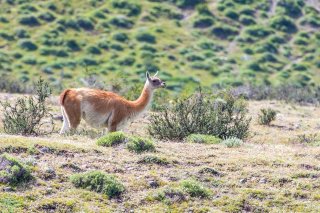 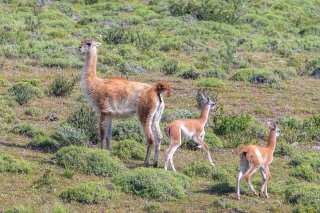 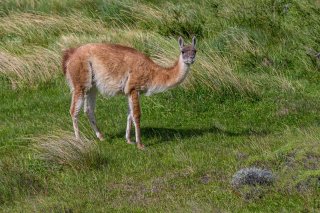 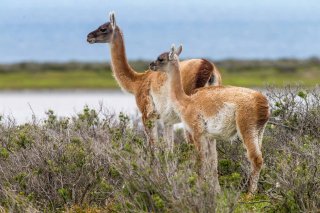